Just when you thought you’d shaken off last year’s winter chill, the threat of severe weather and potentially damaging storms could prove imminent.  According to a recent Accuweather.com report, the Northeast may be hit by a polar vortex and a winter-like weather walloping this fall. 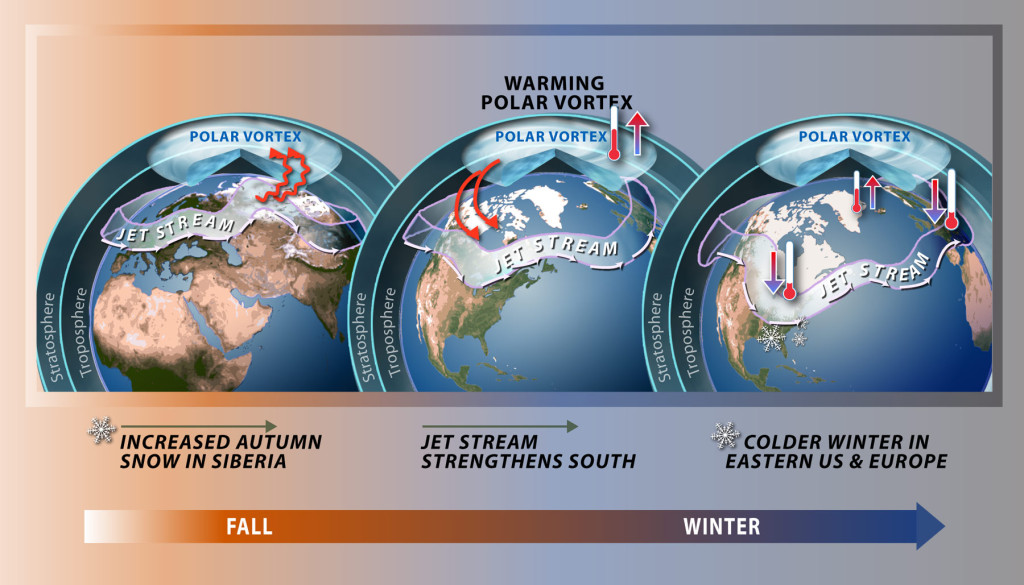 As conditions in northern Canada begin to set up similar to last fall, getting colder and unsettled quickly, it is likely that this pattern could become a source for colder air to make its way down at times into the United States, inducing a drop in temperatures for the interior Northeast during mid-fall.

“Temperatures will not be as extreme in November when compared to last year, but October could be an extreme month,” AccuWeather Lead Long-Range Forecaster Paul Pastelok said.

The report indicates a soaking November for Northeastern residents, and El Niño will arrive promptly this winter, fueling early winter snow across the area.

“December could get kind of wild due to the very active southern jet stream that is going to provide the moisture for bigger snowstorms,” Pastelok said. “The Northeast could have a couple of big storms in December and early January.”

Make sure you and your home are prepared in the event of a power outage.  Read our post for tips on backing up your electricity when storms strike, potentially leaving you powerless.

This entry was posted in Generators and tagged back up power, el nino, generators, polar vortex, weather power outage. Bookmark the permalink.